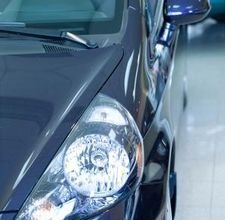 Due to the limitations on the number of working hours, the various bulbs in the car head lamps often get burned-out. Cars basically have any one of the two popular designs – Some of the cars only require replacement of the smaller halogen bulb present inside the larger glass head lamp, whereas the relatively older cars require the inner bulb as well as larger head lamp to be replaced together, as they form one complete piece. For replacing car headlights, the following steps should be followed sequentially:

The metal band should also be put back on and the small screws should be screwed back into their holding position, before testing the head lamps by turning them on. Thus, the procedure of replacing car headlights can be completed in a simple and easy manner.