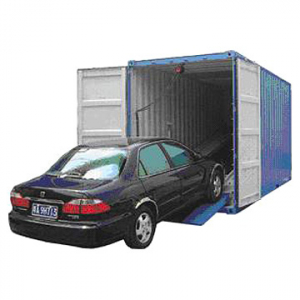 The first and the foremost thing to understand, while exporting a vehicle, is that the car must necessarily clear the customs at United Kingdom in order to be exported. According to the DLVA or the Driver Vehicle and Licensing Agency, the process of exporting a vehicle on a temporary basis for less than twelve months is simpler as the vehicle then continues to be taxable under the UK laws. However, if one chooses to permanently move the vehicle to another country, it can indeed prove to be quite a challenging task. In this regard, there are basically two types of exports which are possible for a car, from the UK: exporting permanently as well as exporting temporarily. The various steps which need to be followed for achieving both of these are stated hereunder in an elaborate manner:

Moreover, after one decides upon exporting a vehicle from United Kingdom, it is pivotal to strictly abide by the specified government procedures to export cars before finally transporting the purchased car to the requisite destination. Moreover, if one lived previously in UK and is now moving out, it becomes necessary to export the used car from UK. Exporting the used car from UK requires fulfillment of various rules depending upon whether the automobile has to be exported on a permanent basis or a temporary basis. Additionally, it should be noted that all of the countries forming the United Kingdom other than the constituent country Northern Ireland require one to follow the whole procedure. The steps listed hereunder describe the generic procedure which should be followed strictly in exporting a vehicle from the UK: