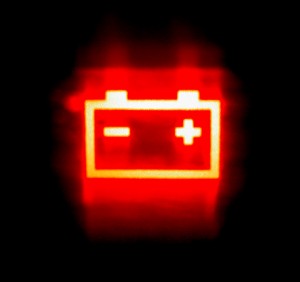 The procedure of changing a car battery may seem to be tough at the first glance, but it is something which can be done by most people, by just following a few simple steps. Indeed, the hardest part of the whole procedure is usually lifting the automobile batteries out of the car, after they have been disconnected. Moreover, that step is only difficult because of the automobile batteries, which are generally bulky in size, shape and weight. In addition, it should be noted that most of the automobile batteries come equipped with warranty periods of approximately sixty months. Thus, it can be a good idea to keep due track of the battery’s life as well as replace the same, before it causes one to be stranded in the middle of the road. The various steps involved in changing a car battery are stated hereunder:

• The battery cable should be twist as well as pulled up from the one end in order to loosen it. However, if it doesn’t part easily, it might prove more sensible to purchase the battery terminal puller tool from a local store of auto parts. This step will not only help in preventing damage to the automobile batteries and their cables, but will also prove pivotal in averting the breakage of the battery terminals, which might occur if the screwdriver is utilized as a pry-bar.

• The positive or the red battery cable should be detached next from the car battery by using the aforementioned method. The combination wrench or the socket and ratchet should be also utilized in order to remove the hold-down clamp of the car battery.

• After the above steps are complete, the battery should be removed from the battery tray. As the batteries are often heavy and bulky, they should be grabbed from the bottom by making use of both hands. However, if the handle is present along with the car battery, it should be used whenever possible.

• Baking soda should be mixed with water, before utilizing the same for the removal of corrosion from the car battery tray as well as the battery hold-down clamp using a wire brush.

• The cable connectors of the battery should also be cleaned with the wire brush prior to placing the new car battery in the hold-down tray. It should also be consequently secured using the hold-down clamp. The terminal ends should also be sprayed with the anti-corrosion solution, if possible. The last step of changing a car battery is to re-attach as well as tighten the positive and the negative battery cables, before ensuring that all the cable connections are completely tight.