How to Remove Car Windshield Scratches 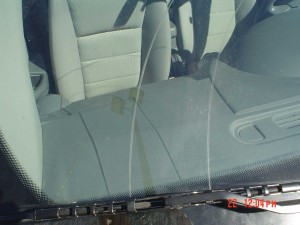 The debris on the roads may often cause scratches as well as chips on the windshield of the cars. In such cases, the typical reaction of people is the initial inclination of getting the windshield altogether replaced. However, given the high cost of a car windshield, this might not be the most reasonable prospect and on the contrary may prove to be an unrequited expenditure for many people. Instead, it is a better idea to make use of various products available in the market, in order to aid in removal of the scratches, in a more economical manner. The various steps involved in the scratch removal from car windshields are outlined hereunder:

The option of replacing the windshield should only be considered, if the process of removing the scratches does not yield the required results, and the same remain markedly visible on the automobile windshield.