How do I know if my alternator is charging properly? 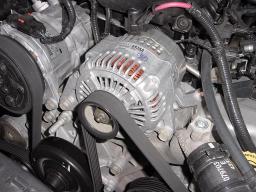 What is an Alternator
An alternator is a device which uses a rotor and a stator along with diodes to convert mechanical energy to electrical energy and gives output in form of alternating current .This current is converted to direct current and is used to charge the battery of your car. The battery starts the alternator after which the battery is again charged using the alternator continuously. So, if the alternator goes bad the battery will die out after travelling some miles and the result will be a breakdown.

Locate the Alternator
As you flip open the bonnet of your car, your battery and the alternator will be visible clearly. It has a pulley and a belt attached to it.

To check whether the alternator is charging the battery properly

If you are still unable to get to the roots of the problem, you can always get your charging set checked by a motor mechanic.